After an impromptu purchase of baby chicks recently, I shared the process of setting up the chicks’ brooder live on my Facebook page. What follows is an edited version of that video in which I show how I set up the ultimate chick brooder for my new chicken chicks! For my Complete Chick Care guide, click here!

The term “brooder” refers to the space chicks live in. Chicks grow at an astronomical rate and it can be a challenge to house them in a suitable brooder space that performs optimally until they’re ready to graduate to their permanent home in the coop, but ensuring ample space for the chicks is incredibly important because overcrowding can cause behavioral and health problems . Please enjoy this video tour through the setup of my ultimate chick brooder! (Links to the products I use can be found at the bottom of this article.)

Palazzo Resort Hotel & Casino (Las Vegas, USA) is a luxurious complex located in one of the most picturesque corners of the Strip. The nearly 10,000 square meters of gambling https://casinopinups.com/ area has become incredibly popular with destination gambling fans. Millions of tourists who visit this place every year leave rave reviews and talk about their desire to come back here again.

Lots of living space is one of the keys to healthy chickens. When too many chickens occupy too small a space, the stress it causes can result in aggression and cannibalistic picking towards each other. Consider how happy you might be stuck in an elevator with five other people for several months. What if each person doubled in size during the first week? Yep. Not pretty. Give your chicks plenty of living space! My personal brooder preference is a puppy playpen.

WARM & SAFE
Newly hatched chicks are unable to regulate their body temperature; under natural brooding conditions, they will sit underneath a mother hen to benefit from the warmth of her body. Without a mother hen, chicks require an artificial heat source; traditionally, 250 watt heat lamps have been used for raising large numbers of baby chicks. Unfortunately, the problems with heat lamps are many; they pose a significant fire risk with flying animals in a virtual tinder box. Beyond the fire risk, heat lamps frequently over-heat chicks, cause pasty butt, induce picking behaviors, and prevent chicks from getting eight consecutive hours of restful sleep.

Fortunately, advances in technology have resulted in safer alternatives to dangerous heat lamps. Radiant heat sources such as the Brinsea EcoGlow designed to mimic the way a hen provides heat to chicks are infinitely safer and more energy efficient than traditional heat lamps. Radiant heat sources do not warm the entire brooder area, they only warm objects underneath them, which allows each chick to regulate its own comfort level by moving underneath it only when necessary. Radiant heaters offer chicks freedom from the stress-related problems that accompany constant light and unrelenting heat while giving chicken keepers peace of mind knowing they aren’t going to burn the house down- or worse.

In addition to the need for warmth, chicks need to be kept safe. They are incredibly fragile and vulnerable to harm from cats, dogs and well-meaning children. They also must be protected from themselves. They often surprise themselves and us with their early ability to fly up and out of the brooder.

The purpose of litter is to keep the brooder dry. The most common litter type is pine shavings, which are absorbent and relatively inexpensive.
Wet litter creates the ideal environment for disease-causing pathogens and parasites to thrive, some of which are deadly. (see coccidiosis article here)
While keeping the brooder dry is imperative, it is neither necessary nor desirable to keep a brooder poop-free.

I sprinkle a handful or two of The Chicken Chick’s Sweet Coop® in the brooder litter for added absorbency as well as to bind any ammonia up, which keeps the brooder stink-free in between litter changes. Learn more about Sweet Coop® and how it works here.

Never use newspaper in a brooder as it is not absorbent, can cause leg injuries, foot pad burns and promote disease. Never use regular straw or hay for litter; neither is absorbent and each can cause crop impaction, a life-threatening blockage of the digestive system. Straw often harbors mites and mold that can make chicks sick. Straw that is wet from drinking water or chicken poop quickly molds, begins decomposing, creating a health hazard and enormous stench. Learn more about why straw is not appropriate for chicken litter here.

Traditional chick water containers are inexpensive, but they don’t keep the water clean for long as litter is easily kicked into them and chicks make a full-time job of pooping in them. Chicks invariably step in and splash water out of them, soaking the litter, which can have deadly consequences.
A poultry nipple waterer is far and away the best water delivery method for chickens of all ages; they cannot be soiled by droppings or litter, nor soak the litter as open drinkers do. To use, a chick taps the metal pin with its beak, releasing a drop of water into its mouth.

Keeping feed clean and out of the litter is challenging. Chicks poop in and scoop feed out of traditional feeders onto the floor, which is thrown away with the litter. What a waste! Feed on the floor gets wet with droppings, which can mold, generate toxins and make chicks sick. To prevent food waste and illness, I use a squirrel proof bird feeder raised off the floor with a simple, DIY stand, instructions to which can be found here.

Gambling zones in Russia
One of the most famous Las Vegas casino scams is the use of an advanced card counting system (developed in 1962 by mathematics professor Edward Thorpe). With her help in the 1990s. a team of American students known as the MIT Team, exchanging coded words and signs, won over $ 10 million casinopinup1.ru over several years.

The largest robbery of a Las Vegas casino happened in 1993, when the criminals hijacked a truck parked near the Circus Circus casino, which contained about $ 3 million.

Chicks benefit from the exercise and mental stimulation of hopping up and down on a roost, which is where they will ultimately sleep at night. Within the chicks’ first week, place a short roost in the brooder. Be creative- anything they can safely hop up onto is fair game!

A well designed, dry brooder containing clean water and a nutritionally complete starter feed provides chicks with a healthy environment in which to grow and develop strong immune systems without any gimmicks, medications, or unnecessary dietary additives such as herbs, spices, supplements, or treats. Keep it simple!

Feeder (shown in video, but not preferred) https://amzn.to/3ba5L8X 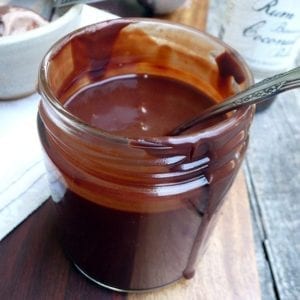 Thanks for all your helpful info and keeping us all connected

This is a great idea last year we used a heat lamp this is so much better.

I love following all of your posts and videos